CBC Royal First is a young company able to meet the needs of the market thanks to its extensive network of dealers, technicians and installers experts. In addition to the espresso machines, Royal offers a range of additional accessories all linked to the world of coffee and catering in general.

The series of coffee machines that Royal provides to the bar are both electronic and semi-automatic, but also the lever version.

Just to mention some of the available models: Synchro, Vallelunga, Technique, Dogaressa, Diadema-Impero, Diadema; let’s see them in detail.. 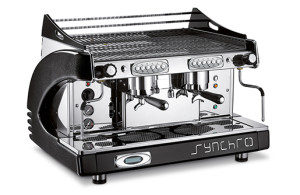 The Royal Synchro is available in different models with one, two, three or four groups, in the semi-automatic versions with lever or button; there is also the electronic version with a programmable panel.
The boiler of the machine is made of copper; its capacity ranges from 4 to 27 liters. 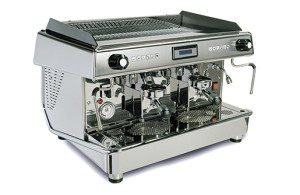 The Royal Vallelunga is available in different versions with one, two, three or four groups. It’s present in the semi-automatic versions with lever or button, and also completely electronically controlled through keypad.
The boiler is made of copper and has a magnitude that varies from 4 liters to 27 for the larger models. 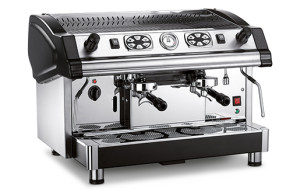 Royal Technique is a coffee machine available in the version with 1, 2 or 3 groups. The versions are the classic ones: the semiautomatic one with lever or button and the electronic. The copper boiler has a variable capacity depending on the model.
. 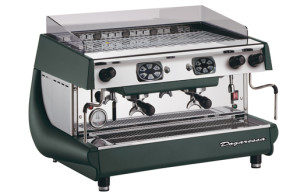 Royal Dogaressa is available in the two or three groups version, with semi-automatic panel or programmable electronic button. The boiler ranges from 11 liters of bi-group to 14 of the tri-group, and as always
the material used is the copper. 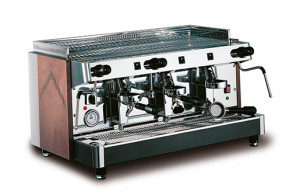 The Diadema-Empire is an espresso coffee machine created in versions with 2, 3 and 4 groups. Available in versions: semi-automatic with lever or button. The copper boiler has a water heating circuit with a capacity from 8 to 27 liters, depending on the model chosen. 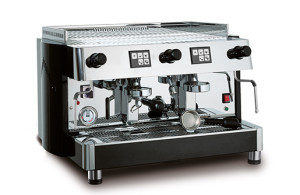 The Diadema serie is available with one, two, three and four groups, in the semi-automatic version with lever or button, or fully electronic controlled via programmable keypad. Also in this case the material used for the boiler is the copper and the circuit capacity ranges from 1.3 to 27 liters.

Click here and send us an e-mail. We will answer you in 24-hours.

Coffee Machines Wholesale
Back to Top